History of the Library

The Clarksville-Montgomery County Public Library has a long and storied history. After several attempts to start a library, the permanent library opened its doors in the basement of the courthouse offices of Judge C. W. Tyler on September 12, 1894. The first librarian was Miss Sina Harvey. 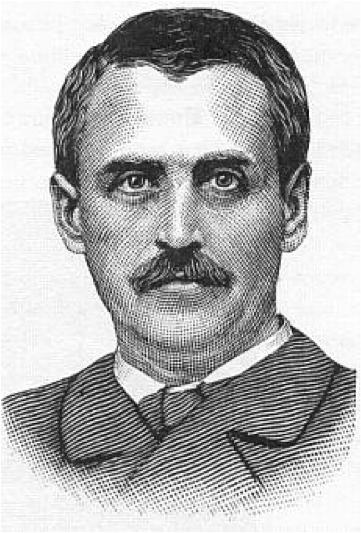 The library remained in that location until 1900, when it moved to the home of J. C. Atkinson on the corner of 3rd & Franklin Street. In 1901, the Federation of Women’s Clubs, with Mrs. H. C. Merritt as its president, decided to take the library under its wing. It wasn’t until 1912 that the Women’s Club bought the McDaniel home for its headquarters and moved the library into its downstairs rooms. One of the earliest librarians at this location was Mrs. B. A. Woodard, a position that she held from 1923-1940.

The library board decided in 1923 that the city needed a free public library. Before that time, each patron paid a yearly fee to become users of facilities. By 1927, there were 1098 patrons enrolled at the library. The library did not start using the Dewey Decimal System until 1943.

The library’s popularity grew and it joined the Regional Library System in 1948.

With this continued growth, it was decided that the library needed to expand beyond the Women’s Club umbrella and become its own entity. It moved out of the Women’s Club building in 1958 and into the American Snuff Company Building. 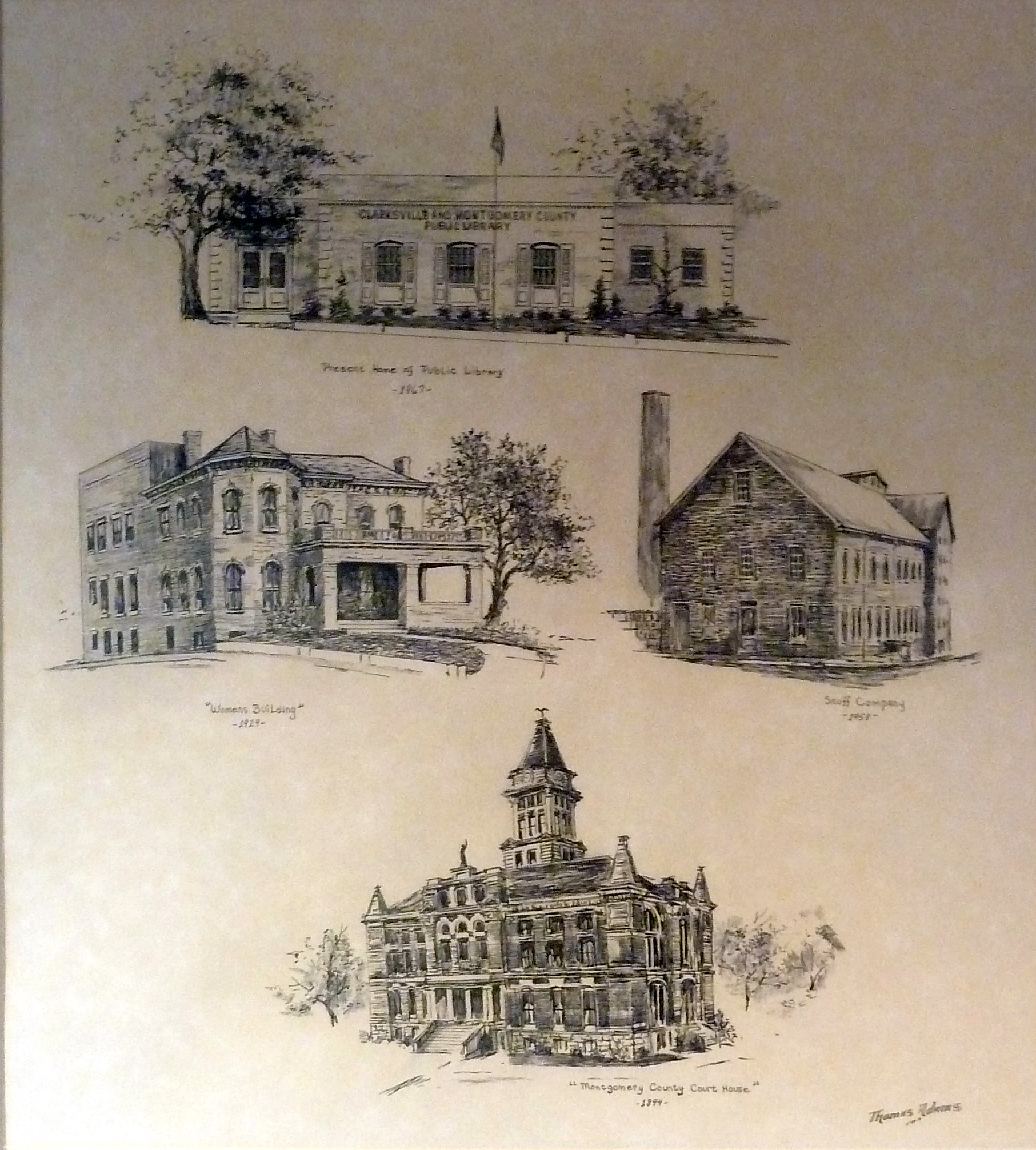 By 1959, the library became the Clarksville-Montgomery County Public Library.

With the building of a new Health Department building near the Memorial Hospital, the county put the library in the old health department building at 329 Main Street in 1962, where it remained until its move to its present location in 1995.

The 1990s was an amazing decade of growth for the library. The MARC system of cataloging material was added to services at the library in 1990. In 1991, Mrs. Finley Elder Gracey left a sizable bequest to the library. 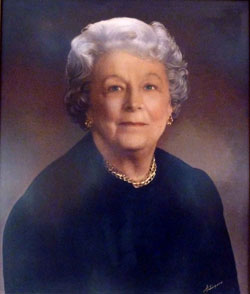 In 1993, the library became automated, library employees went on the county pay plan, and long-time librarian, Mamie Jean Harper, retired after 24 years of service.  In 1994, a new location for the library was found and purchased. County Executive Robert Thompson was honored for his work in the expansion of the library and its relocation as the anchor in the plaza that eventually became the county government center known as Veteran’s Plaza.

After the library moved into the present 74,000 square-foot facility, Internet access for patrons was added. Free computer classes were very popular with our patrons and are still in full swing today. Useful research databases have been added and are available not only inside the library, but from home as well. The Tennessee Electronic Library also came into being, bringing even more titles to the ever-growing full-text periodicals available through the library.

The true heart of the library is the Children’s Department, which became a state leader in children’s services after the move. The children’s room was first dedicated to Mrs. W. M. Daniel back in 1953, when story time began. Special events include the Summer Reading Program, featuring storytellers, magicians and puppeteers, just to name a few performers. Thousands of children are served each summer through these exciting events. Regular programming is offered the rest of the year, as well, for newborns all the way up to teenagers about to graduate. Popular special programs include the “4 Paws for Reading” program, where children read stories to dogs and a Lego program for the whole family. In 2005, the teen program was born and is going strong with the creation of a Teen Advisory Board which helps plan teen programming. Teen Anime is a very popular monthly program that continues. 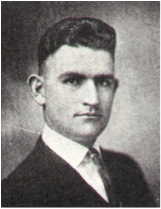 The Children’s Department reaches out to the community in many ways, through programming for schools, headstarts and daycares, as well as presentations at state library association conferences. In 2010, Jean Nichols, the current head of the children’s and young adult department at the library, was recognized by the Tennessee Library Association with the awarding of the Dan Brown Memorial Award for her dedicated work in enhancing programming for children and youth.

Genealogy is also very popular at the library. The collection was begun by former county historian Ursula Beach, growing from a broom closet to the present-day Brown Harvey, Sr. Genealogy Room.

The genealogy collection not only features many books, microfilm, and vertical files for folks interested in finding their ancestors, but also databases that allow searchers to go beyond the borders of Tennessee to the rest of the US and even other countries. Genealogy classes and seminars remain popular. The Reference / Genealogy department has placed several finding aids on its departmental web presence and answers questions now from all over the US via emails, letters, and telephone conversations. 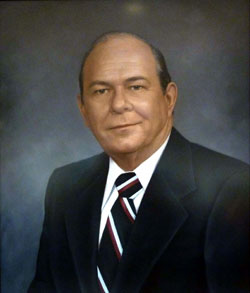 In 2005, Governor Phil Bredeson made several appearances in the library’s Children’s Department, to introduce the “Imagination Library” program, which was started by Dolly Parton. This program gives free books to each child in the county that signs up for the program. The child receives one book a month until the age of 5.

Also in 2005, the library received a generous bequest from the estates of Howell C. Smith, Sr. and Howell C. Smith, Jr. which resulted in the reorganization of the Clarksville-Montgomery County Library Foundation to what it is today. 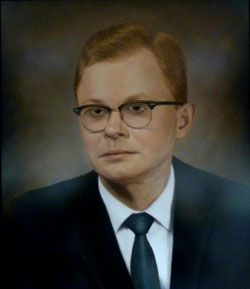 Over the years, the library has been the recipient of generous donations, both large and small, by various individuals and groups. In a special note, in September 2003, the library learned that it would receive $500 from the estate of Linda K. Gronlund, who was killed on flight #93 on 9/11/2001.

In February 2006, the library’s book collection grew in a brand new way with the advent of the eBook. A new statewide program called R.E.A.D.S. was implemented, which allows patrons to “check out” downloadable eBooks through the library’s webpage.

In 2009, through a special project funded by the Library Foundation, the library constructed a new circulation desk and made the leap to a self-checkout system of library materials using RFID technology. This change has been embraced by library customers as they find convenience in self-service, including self-payment of fees with the use of optional credit card payment, and the elimination of previous waiting periods in lines to check out. The library looks forward to continuing to become a leader in providing essential services to the citizens of Montgomery County in coming years.