On 29 January 1840, the Tennessee General Assembly passed an act to provide for “the taking of the enumeration of the free white male inhabitants of the State of Tennessee.”

The County Court, at the January Term of 1841, was instructed to elect a commissioner whose duty was to compile an “accurate and complete list” of free white males in the county who are 21 years of age and over and are residents of the county on the 1st of January 1841. The list was to be completed by the first Monday in July, 1841. The County Court Clerk was to enter the final tabulation on the minutes of the county court and also transmit a copy to the Secretary of State.

On 4 January 1841 “The Court then went into an Election for Census Taker for the County of Montgomery as authorized by the General Assembly whereupon Wm. M. Shelton was duly elected.” The results of the enumeration are found in County Court Minute Book 21, pages 150-183.

All of which is respectfully submitted to the very honorable County Court of Montgomery at its June Term 1841 W. M. Shelton, Commissioner of 1841 Voters’ Enumeration.

The enumeration by district: 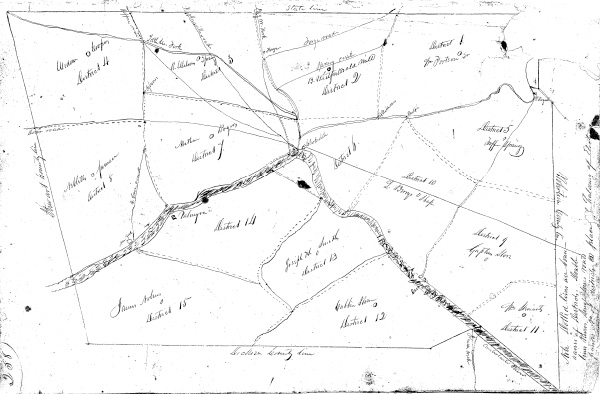 1836 districts were in effect at the time of 1841 Voters Enumeration. The district map is taken from Will Book G, page 258.